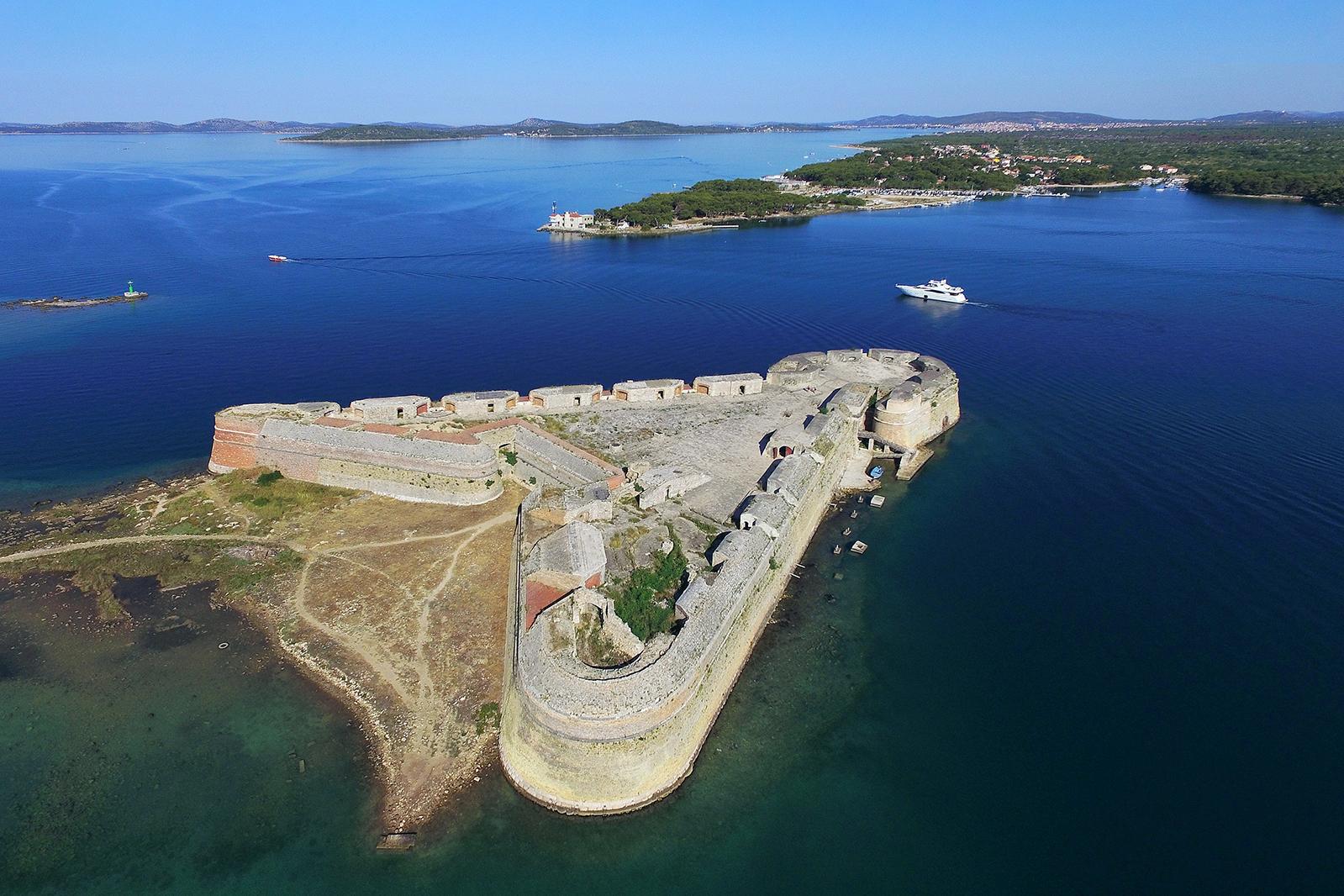 The fortress was built according to plans made by Venetian military architect Hyeronimus di San Michaela and white stone as used for building the lower parts of the construction and brickfor the upper parts, as it was the most resilient to cannonballs.

It is one of the strongest maritime fortification structure on the Croatian part of the Adriatic sea. The fortress is a part of the chainof fortifications which protected the city in the past. St. Nicholas Fortress' as one of the Šibenik's most interesting tourist attractions, has opened its doors once again to visitors after a two-year-long renovation period! 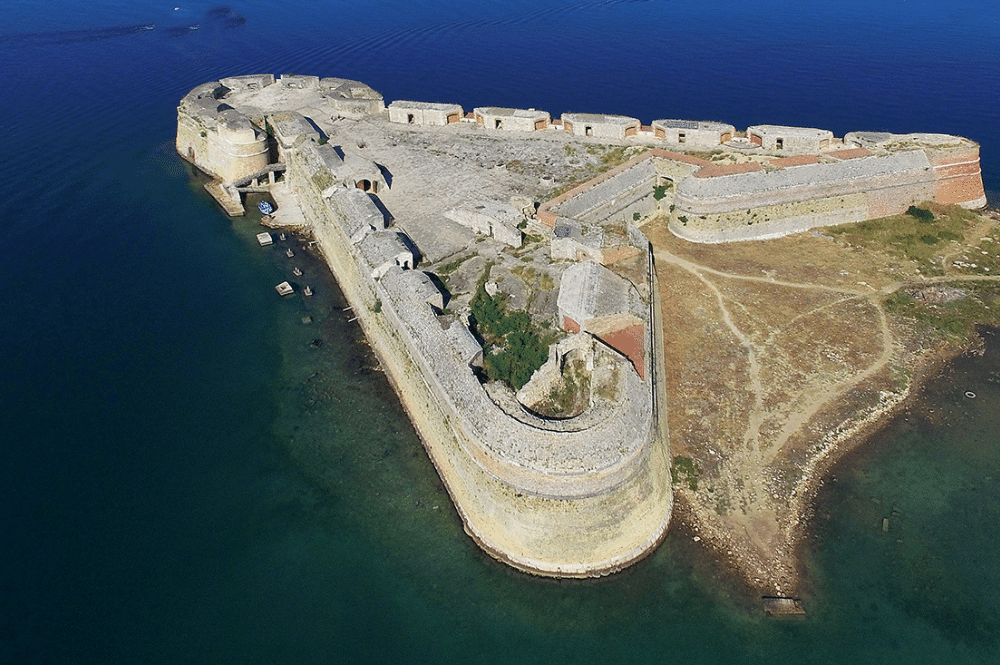 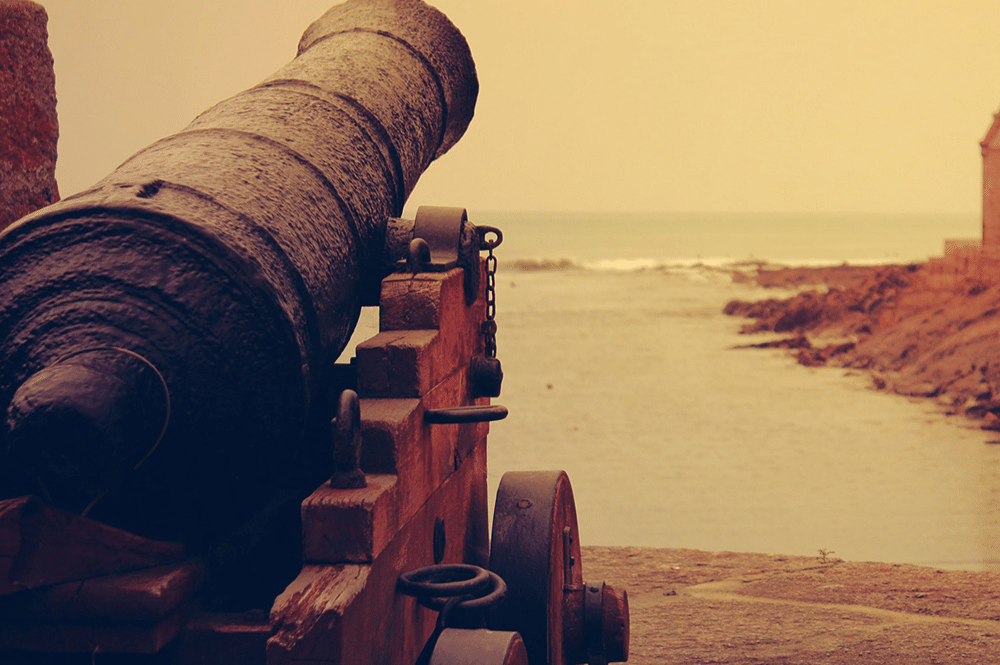 The St. Nicholas Fortress got its name from the Benedictine Monastery of St. Nicholaswhich was demolished as it stood on the island Ljuljevac where the fortress was planned to be built. The decision was made on 30. April 1525. by captain Alojzije de Canal from Venice to built the fort there at the request of the Šibenik locals. 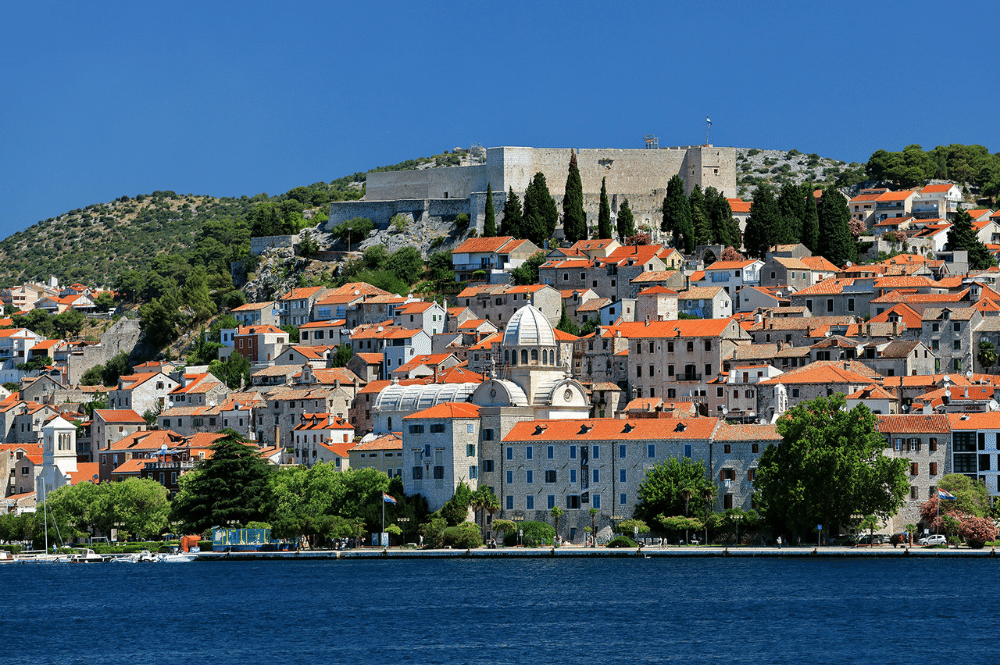 During 2019. season it is possible to visit the fortress only by officialboatsdeparting from Šibenik. The two-hour visit includes the stunning and attractive boat ride though the Šibenik channel and the tour of the fort along with expert staff and multimedia guide. 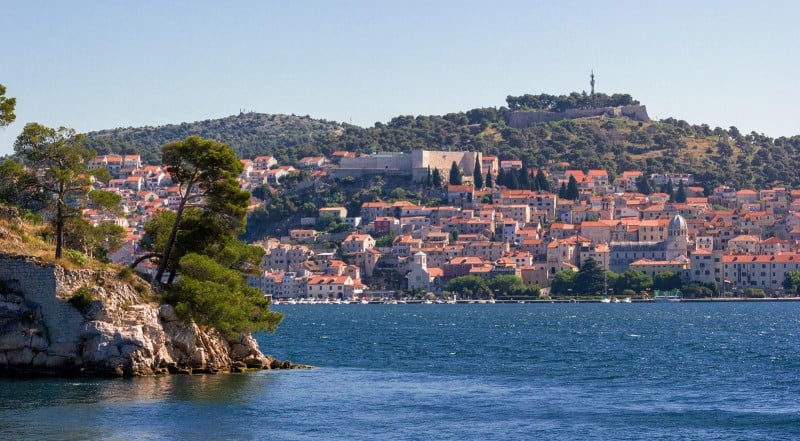 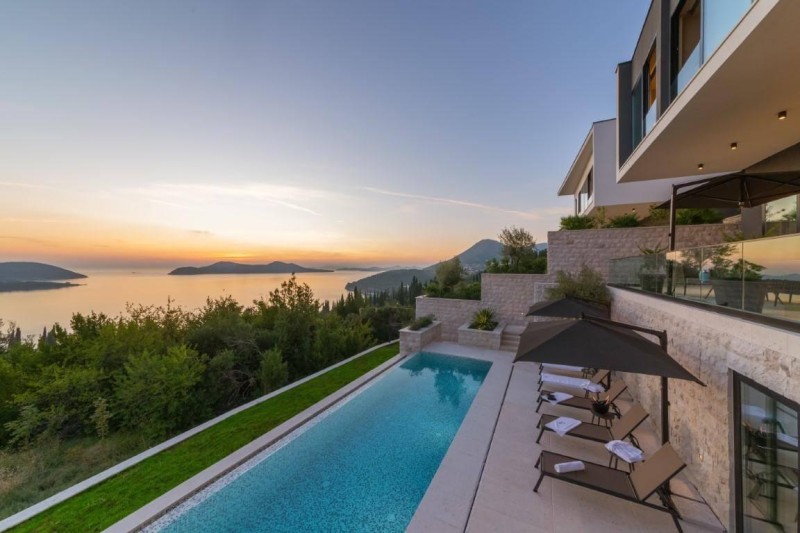