What to see in Šibenik? 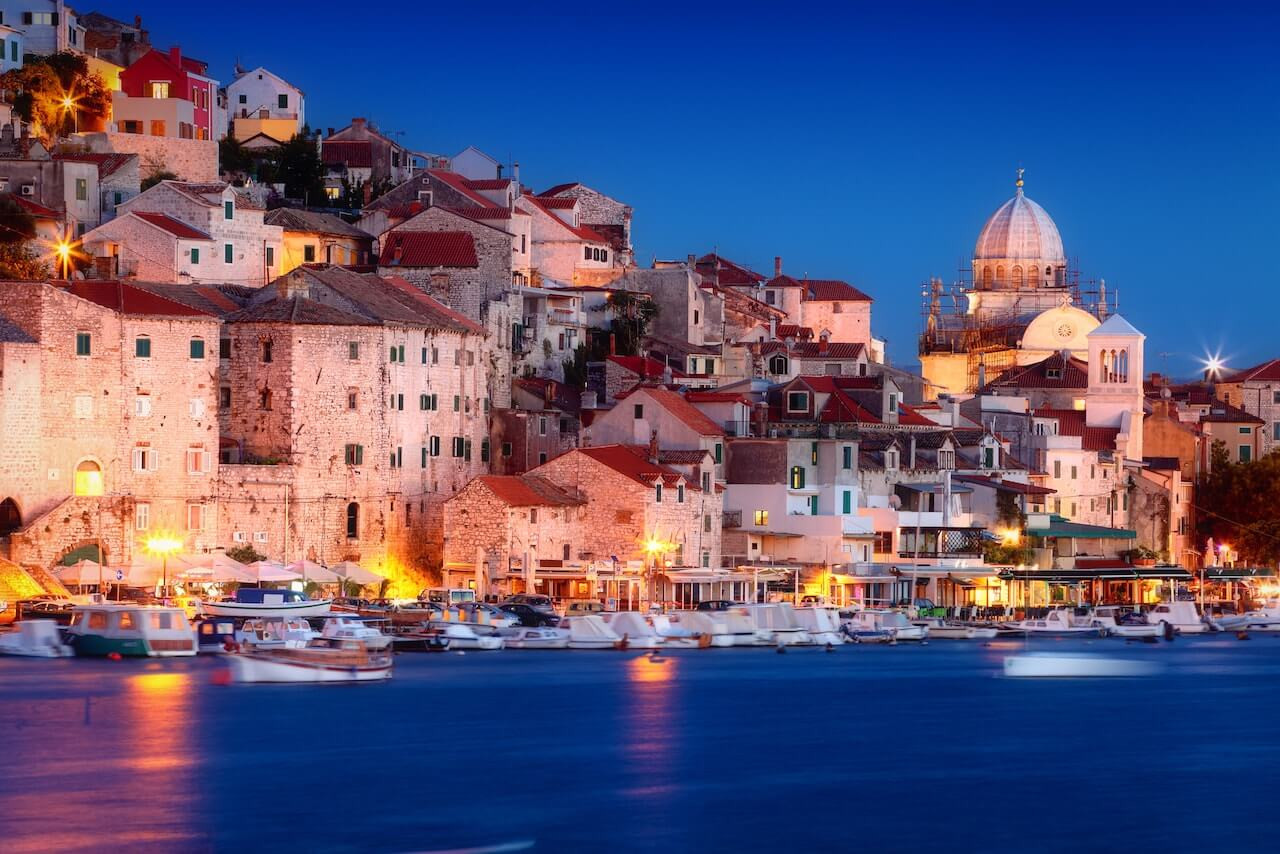 What does the most beautiful city you've ever seen look like?

Compared to the breathtaking and historical city of Šibenik, yours might seem very ordinary.

This city of sun, sea, and stones is unlike any other in the world.

Šibenik is located on Croatia's Dalmatian Coast, filled with some of the most historic attractions and amazing sceneries in the world - this is also one of the most beautiful Dalmatian places with the best accommodation for your vacation.

The coastal city has survived nearly a century of battles but is still as vibrant as ever.

Let's take a walk down the breathtaking places so you can plan your visit to Croatia and the ancient streets of Šibenik.

The Cathedral of St. James is Šibenik's main attraction.

This majestic building was erected between the 15th and 16th centuries and is considered one of Europe's most significant colossal churches.

In fact, St James it's the only Cathedral in Europe made entirely of stone, with no binding material.

It's also the only European structure whose inner shape is totally the same as its exterior features.

Although the Cathedral is not as large as those seen in other European towns, the plaza on which it is constructed is rather lovely.

The inside of the Cathedral is furnished with a variety of magnificent baroque paintings and a beautifully constructed baptistery that you should not miss.

Another notable element of St James Cathedral is the statue of Juraj Dalmatinac, which is positioned on the Cathedral's plaza.

Juraj was a Venetian sculptor and architect whose contributions to the Cathedral are regarded as the most significant.

When UNESCO claimed the Cathedral as a World Heritage Site in 2000, it acknowledged its cultural, architectural, and historical value.

It is an astonishing structure, a massive stone monolith, and one of the top sites along the Dalmatian coast.

And did you know it was featured in Game of Thrones? Yes! The Cathedral was the setting for the iron bank in Braavos.

This interactive museum explains the history of the city, including the construction of St James Cathedral.

St. Michael's Fort, Barone Fort, and St. John's Fort are on hills above town, while St. Nicholas Fortress is on the sea.

St. Michael's Fortress is one of Šibenik's four fortifications and the original site where the city was founded.

The fortress's location on a hill above the city centre and sea provided good defence and allowed Šibenik to flourish over its 900+ years of existence.

It was built during the Middle Ages and lay atop a hill in the heart of the ancient town.

You can see the entire city and the Adriatic Sea from it.  There is also an open-air stage where concerts and other events take place throughout the year.

It is a one-of-a-kind experience if you can schedule your visit with a performance.

The surrounding area of St Michael's Fortress is incredibly serene and peaceful.

St. John's Fortress is the city's biggest and tallest fort, positioned 115 metres above the city's centre on a hill.

It was built in 1646 to safeguard Šibenik from Turkish invasions.

Residents of the city were so afraid of these raids that they helped build the fortress, which was finished in only  six weeks!

The Krka National Park was proclaimed as national park in 1985 to safeguard the environmentally valuable regions surrounding the middle and lower parts of the River Krka.

This magnificent park preserves a stretch of the Krka River and the trees that line its banks.

The river meets with various lakes and rapids as it rushes down from the higher points.

The park is a favourite site for birdwatchers since it is home to over 200 bird species, including herons and egrets.

The waterfalls are easily accessible from Lozovac and Miljevci, but they may also be visited by boat from Skradin for a delightful adventure.

The park's numerous activities vary from educational and scientific to recreational, touristic, and cultural.

The abundance of waterfalls and cascades, notably Skradinski Buk, defines this park.

In order to properly visit all parts of the park, we suggest you to check some of My Luxoria villas located near Krka National Park! 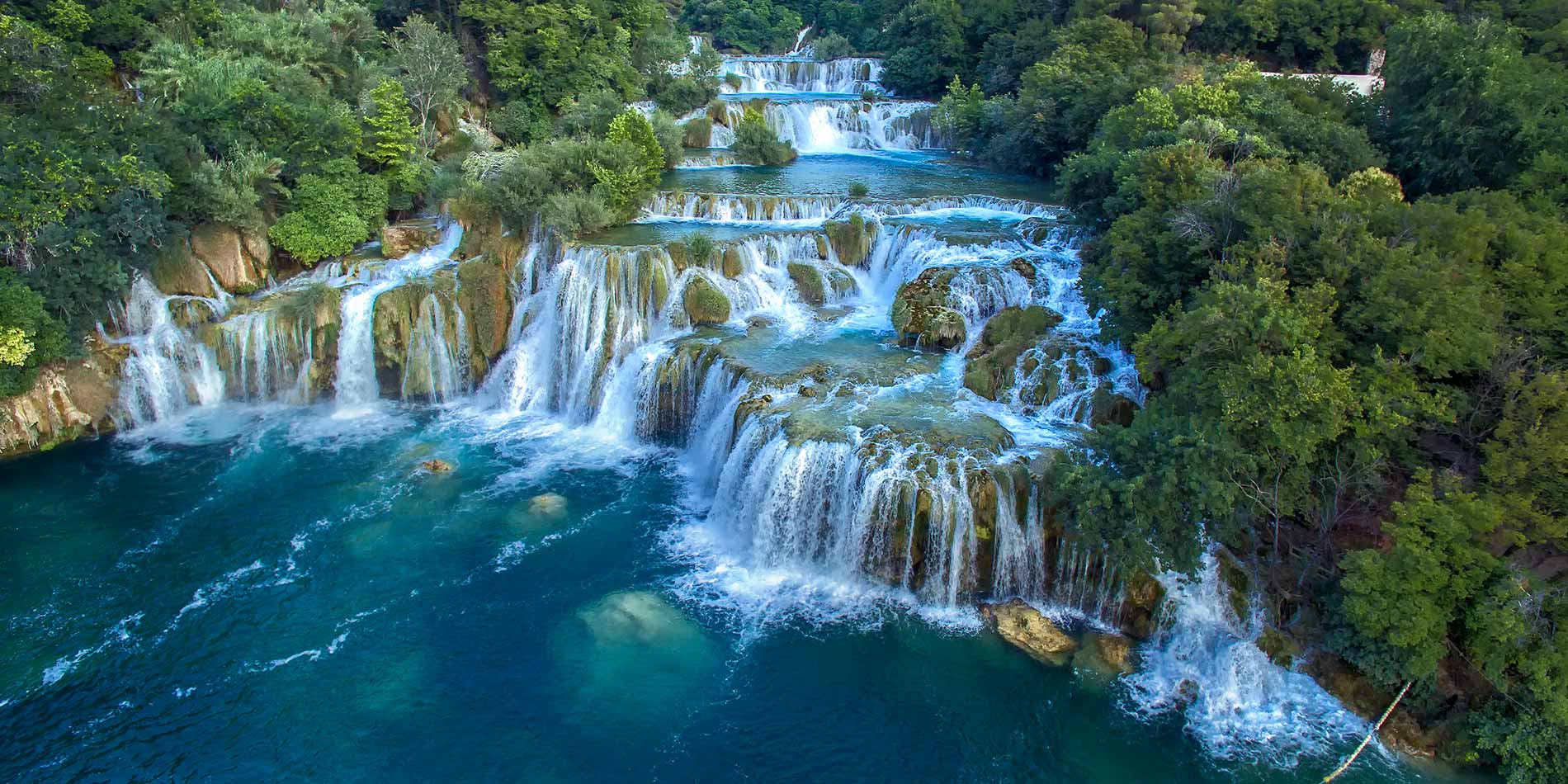 The Šibenik museum was founded in 1925 and is situated in the old Prince's Palace, next to the Cathedral.

The Mediaeval city gate from the 16th century is found between it and the Bishop's Palace.

Along the middle of the ground floor of the Prince's Palace's southern wing is a gothic tunnel with the city gate, on which the city coat of arms with an image of its patron, St. Michael, can be found.

The Šibenik City Museum is divided into archaeological, cultural-historical, and ethnographic sections.

Its responsibilities include collecting, caring for, elaborating, and exhibiting the cultural-historical legacy of the Šibenik area.

Its holdings include a collection of valuable artefacts important for studying Šibenik history from the past to the present.

The Mediaeval Mediterranean Garden of St Lawrence Monastery is tucked away in the Old Town, but it's well worth the effort to locate.

Because the garden is on the same path as St Michael's Stronghold, you might want to take a diversion up or down from the fortress.

Mediaeval gardens are uncommon, and Šibenik is home to Croatia's only one.

After being abandoned for nearly a century, the garden was reopened in 2007 with the same mediaeval concept.

The Church of St. Barbara and the Museum of Sacral Arts.

It's difficult to believe that this church was erected in the 15th century because it seems brand new.

A belfry, a sizable 24-hour clock, and a statue of St Nicholas adorn the church's exterior.

Another breathing place to visit is the lovely tiny village of Primošten, located 20 kilometers away from Šibenik.

This gorgeous and unique place overflows from its original island centre onto the mainland, which it is connected to it by a ‘brigde’.

From a distance, the island appears to be overrun with magnificent ancient architecture, with structures consuming every possible inch of the ground.

This delightful result merely adds to the enjoyment of wandering its lovely old mediaeval alleyways.

The historic town centre, views of the Adriatic and the mainland from the rocky shoreline, and relaxing on its pebble beaches are highlights of this enjoyable day trip.

You should also see the 15th-century Church of St. George, notable for its fine graveyard and nice view. 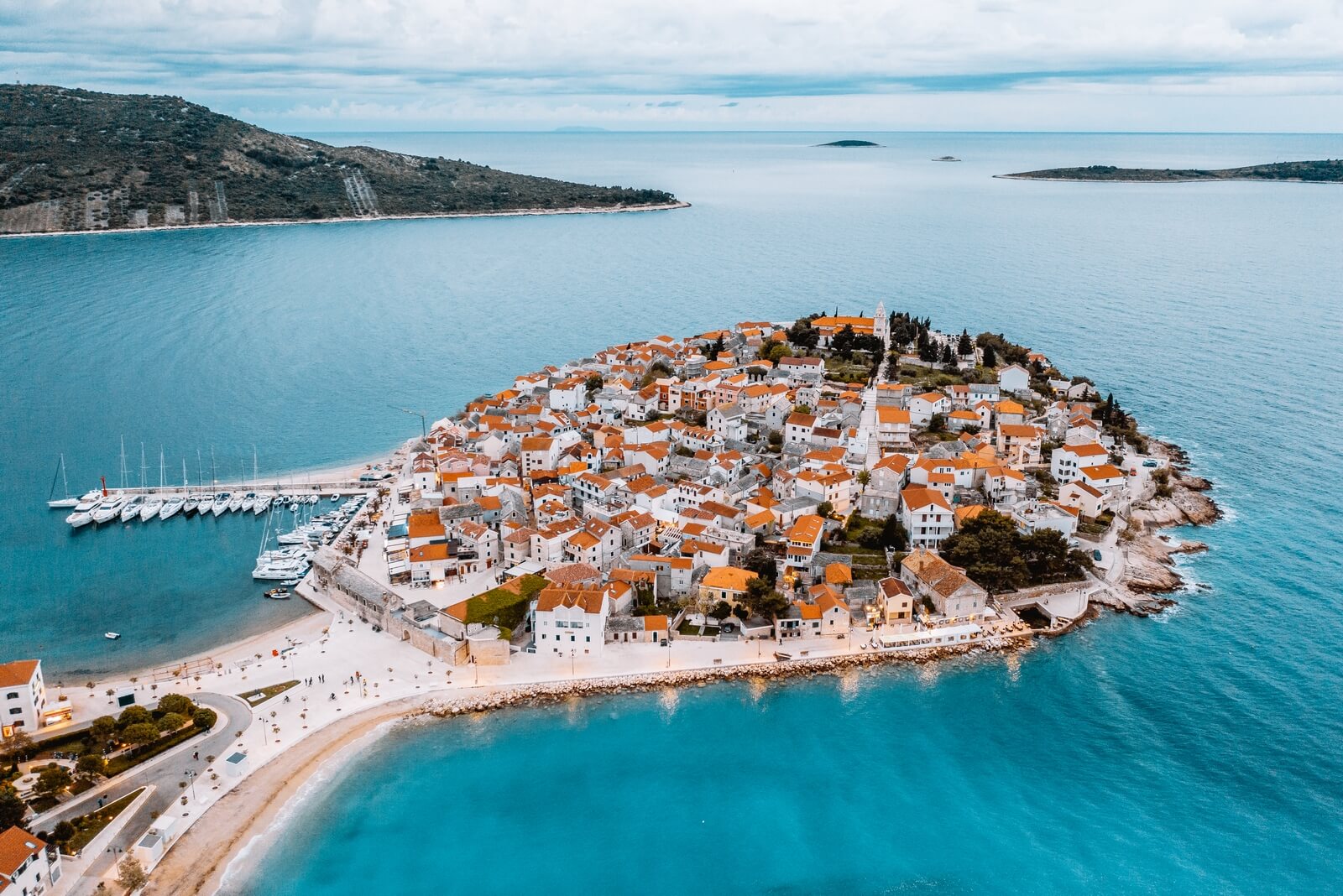 The Museum of St Francis, which opened in 2015, is named after the neighbouring monastery, which goes back to the 1300s.

It contains interactive and audiovisual sections that bring the 700-year history of monastic activities to life, painting a vivid image of the modest life of serving God in the Middle Ages for visitors.

The essential paperwork has been translated into English. 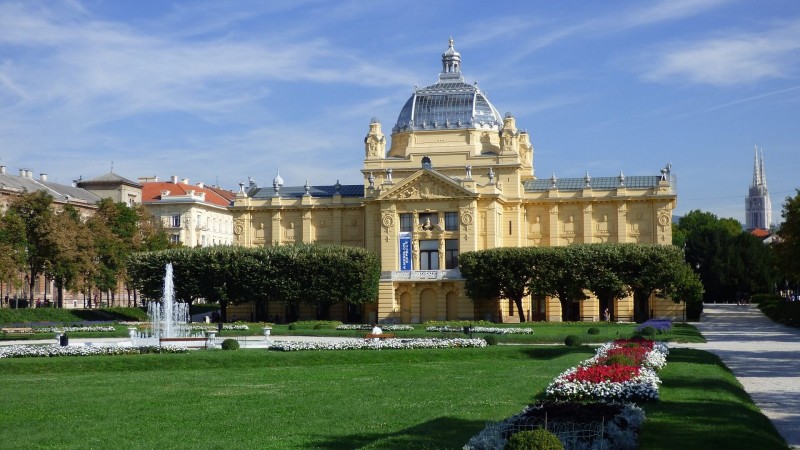 Zagreb, the capital city of the Republic of Croatia, has its roots in the Middle Ages and two settlements - Gradec and Kaptol - whi... 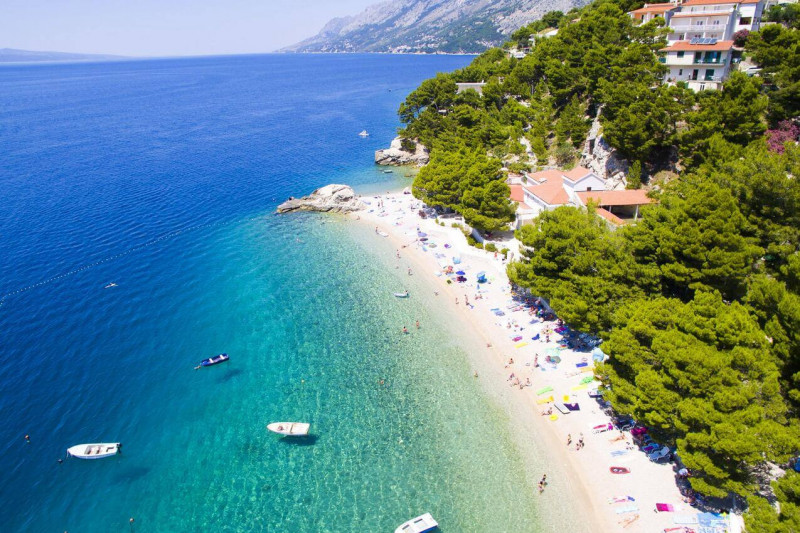 An ideal place to rent a family villa in Croatia

Croatia is the perfect place for vacation because it is easily approachable and affordable. No matter what your goal is - exploring its beau... 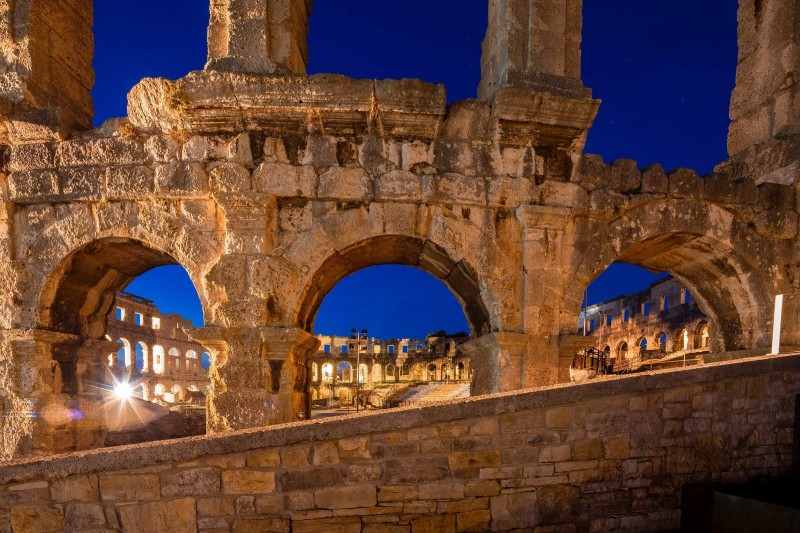 Even in the 8th century BC there was story of searching for the golden fleece of the mythical winged ram whose trail the Argonauts followed....