Visiting Dubrovnik: Welcome to the most famous town of the Croatian Adriatic sea 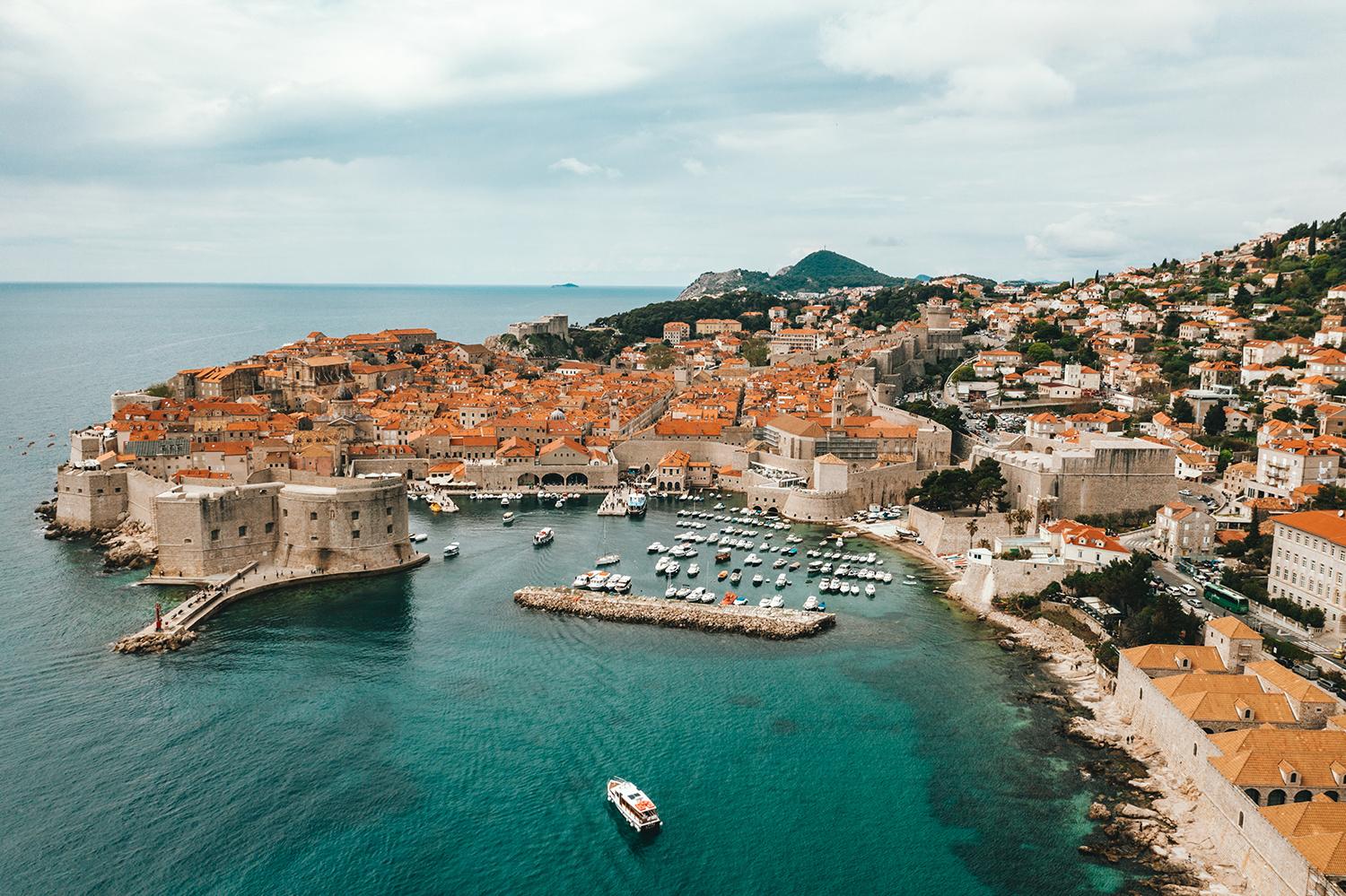 Dubrovnik is a city on the Adriatic sea in southern Croatia. It is one of the most prominent and most famous tourist destinations in the Mediterranean.

With its city walls, it got its place on theUNESCO World Heritage sites list making it one of the first monuments and places to make it onto the list.

The history of the city is truly amazing. During the 15th and 16th century, the city and the region are known as the Republic of Ragusa achieved high development rate and became famous for wealthandskilled diplomacy. There are some high-quality schools for diplomacy in Dubrovnik today.

Dubrovnik city is a truly special town to visit and it will welcome any guest with joy and love! Some of the things you should do are listed below.

Do a tour of the Dubrovnik city walls

This one was excepted, as the Dubrovnik defensive city walls are the most notable symbol of the city! Two kilometers long, the walls encircle the entire city and have17 towers, 5 bastions, and two corner fortifications. 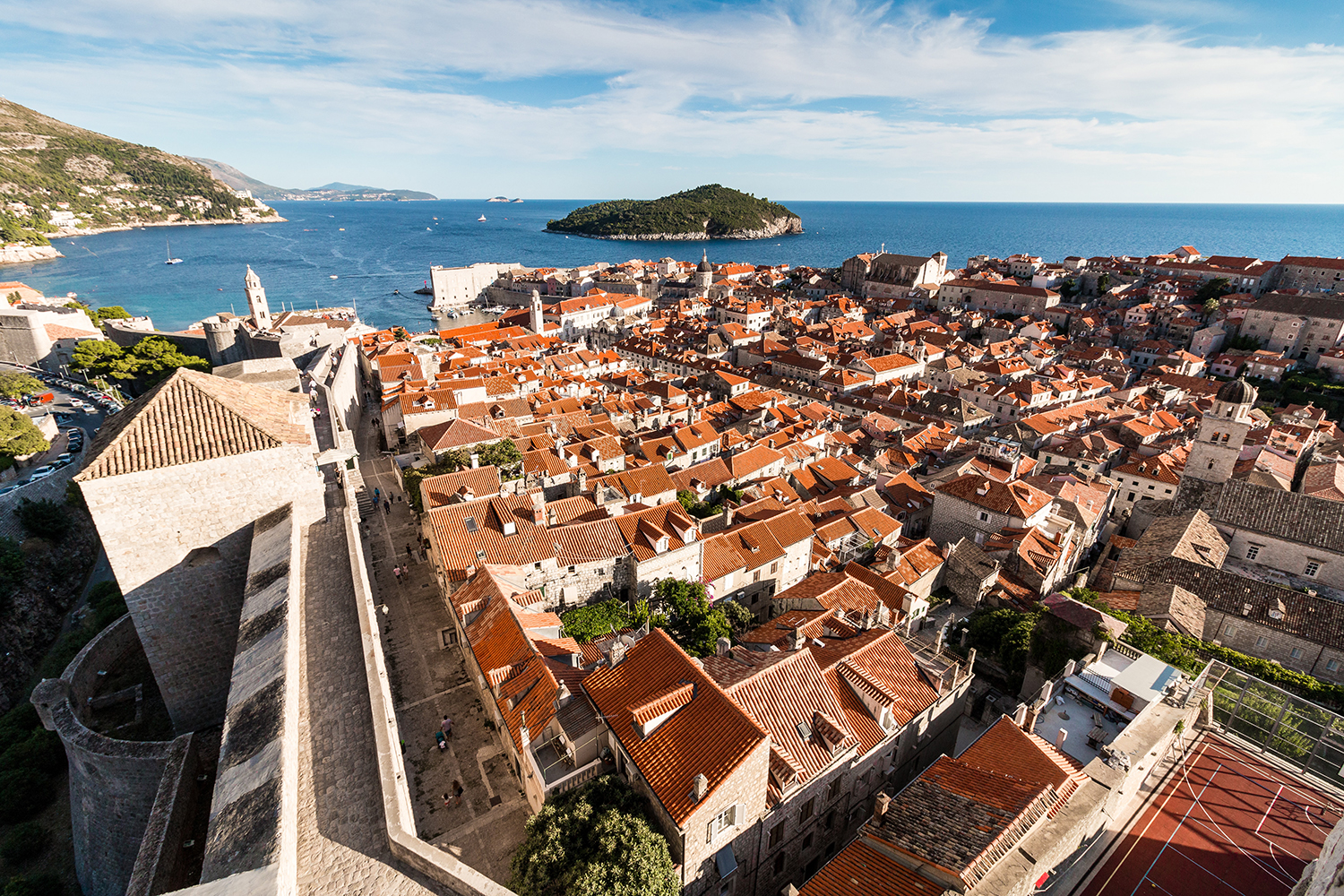 There is also theSt. John fortress too! The walls date back to the 13th century and were renovated and reinforced in later years and definitely are worth the visit!

Lokrum island near Dubrovnik city is only 600 meters from the coast and it is a protected natural reserve with stunning architecture.

Lokrum island is a popular visiting spot for tourists as its location avoids city rush of Dubrovnik and its beaches are amazing and not too crowded, so it deserves to be on your list!

Did you know that Game of Thrones was filmed in Dubrovnik, where the city acted as Kings Landing? This tour is not just for the show's fans, it is for everyone! 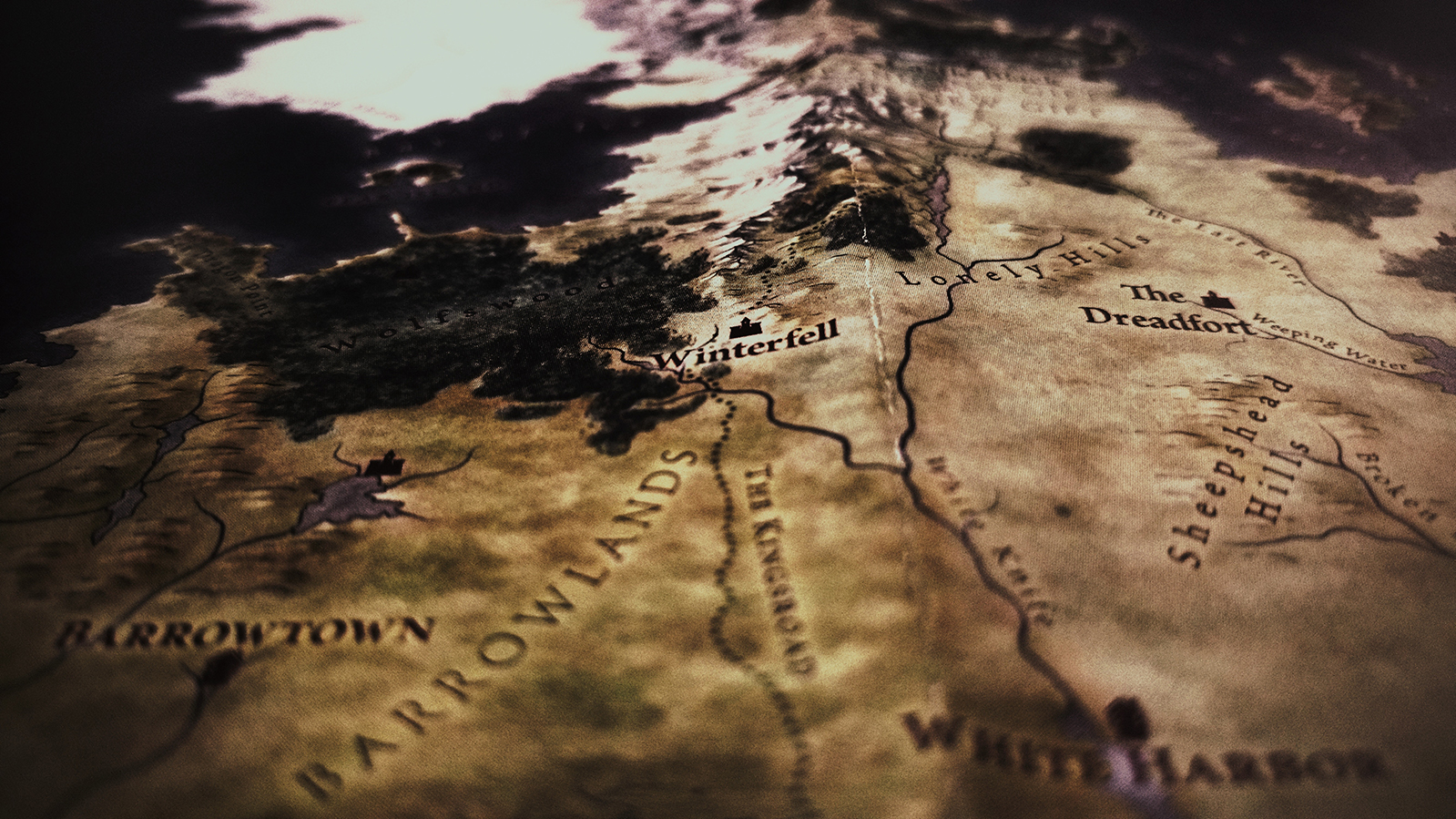 This walking tour takes visitors to many filming locations of the HBO Game of Thrones series and theguides on the tour acted as extras so they can tell you some behind-the-scenes interesting factsand anecdotes!

Relaxing in at Dubrovnik cliff bar

On the cliffs at the outer edge of the city walls, there aretwo tiny bars with a stunning view that will leave you speechless! 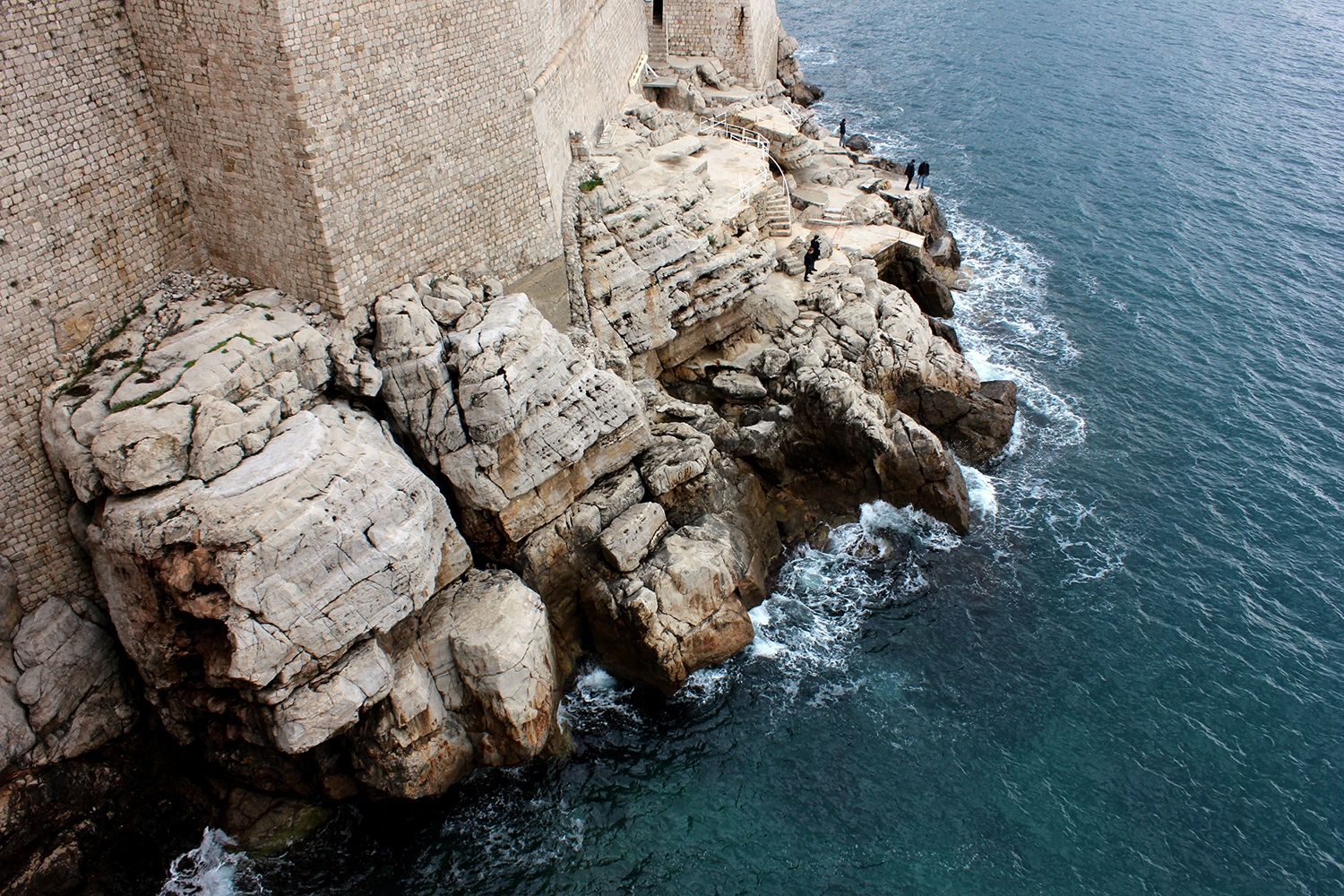 Relax with a drink overlooking theDubrovnik city walls and the city or enjoy a sunsetover the sea.

Check out the view of the city from the sea

You will never see anything more beautiful as the breathtaking view of the Dubrovnik city as you are entering the city port. During the sunset, the sun will begin setting down over the horizon to give the sky amagnificent color overlooking the city. 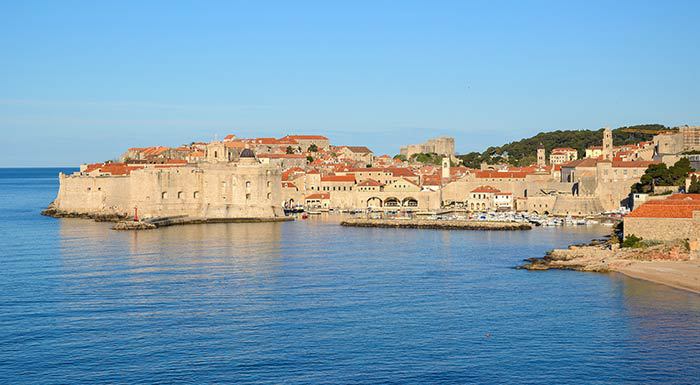 To get the best out of the experience, you can rent a boat with a skipper, take a panorama tour or check out the view as you are going to and coming back from the Lokurim island.

Don't forget to bring your camera!

Swimming with a view

After days of cultural and historical sightseeing, don't forget there are great beaches located in Dubrovnik!

Get a tan on the amazing beach Banje with a view of the city walls, go uphill from it to St. James Beach overlooking the Lokrum city and island. It is less crowded too! 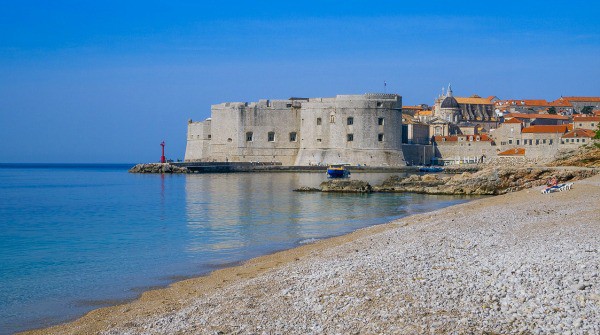 Find more beaches like the Berina Cave beach and Sulici beach, all with crystal clear sea!

A great way to discover and explore the surrounding area of the city is by taking the Jeep safari to Konavle valley, similar to Jeep Safari in Šibenik city.

The trip takes you from Konavle valley across the streams of Ljuta River to the cliffs overlooking the Adriatic through the villages of Radovčići and Popovići, a few more secret destinations!

Trying the fresh food from the Green Market

There are two open-air markets in Dubrovnik city, in the Gruž neighborhood, and in the old town center.

It is best to go early in the morning as all of the locals do and buy fresh fruit and vegetables and maybe some local specialties.

Be sure to add this to your list of things to do, especially if you are cooking for the family during your vacation!

Pelješac peninsula is close to Dubrovnik with only 60 kilometers paring the city to the Ston city where Pelješac meets mainland Croatia.

Pelješac is famous for its red wine, absolutely magnificent beaches and culture it manages to stay away from the stigma of a tourist hotspot. Even better! On your way to Ston, check out its defensive walls, as they are the longest fortification walls in Europe. Ston is also famous for its saltworks. 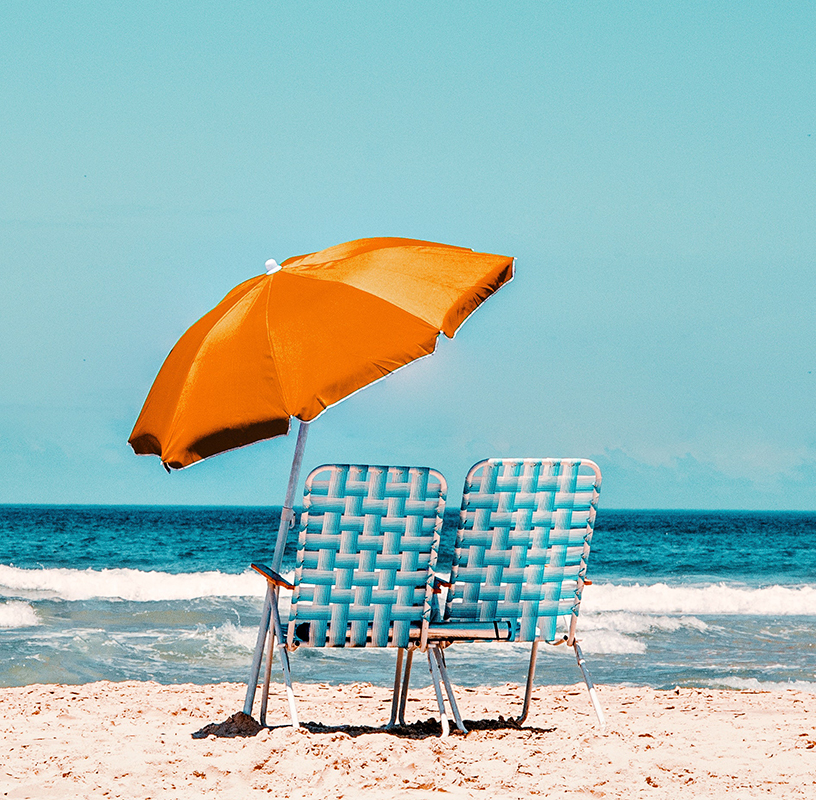 Next on your tour is Pelješac with its traditionand culture. A lot awaits here for you, be sure to check out Dingać hills overlooking the vineyardsand the sea!

Dubrovnik is one of the best places to visit in Croatia, so check out our villas in Dubrovnik and start your journey as soon as possible!

Restaurant Skala in Skradin: Feel the Damatian tradition with every bite

The magnificent historical city of Skradin, whether you arrive by car or bus, or maybe sail into the towns' modern marina, it will greet you... 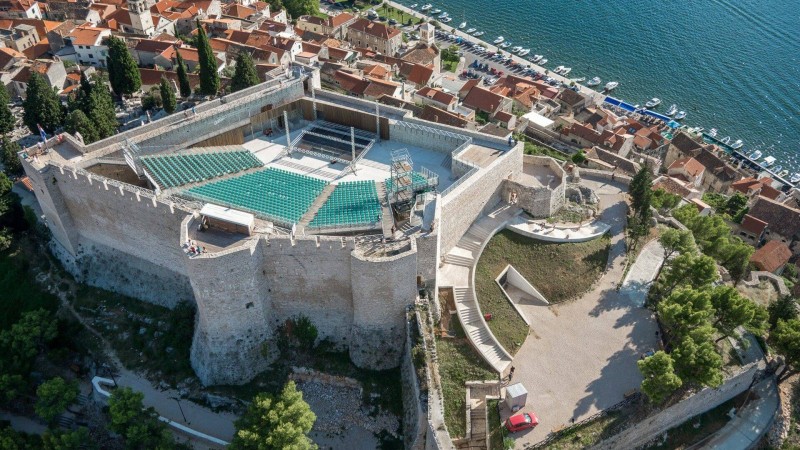 Šibenik is a charming city on the Croatian coast that will impress you with its culture and natural beauties that you can experience in its... 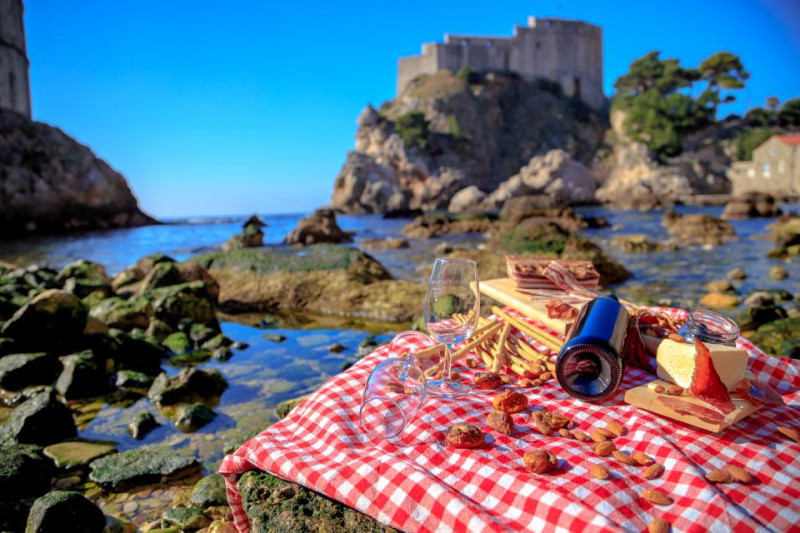 Best places to eat in Dubrovnik

Known as the “Pearl of Adriatic”, Dubrovnik was once a city-state flourishing thanks to the wealth of the merchants and shipbuilders which,...